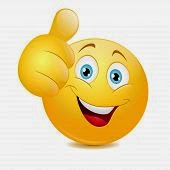 Ever since MyKad became mandatory, never once could my thumbprints be scanned to match against that in my iC.

Same with my passport... no can read.

No amount of moisturiser slathered on my thumbs helped.

For personal banking I had to show a special letter from the Registrations Dept. that endorses I am who I am.

I resigned myself to the fact I was growing old and starting to shrivel ... beginning from the thumbs.

In the days prior to DNA forensics I would have been able to get away with almost anything criminal.... due to lack of 'prints

But that wishful thinking is short-lived.

Was totally surprised a couple of weeks ago and again today that my right thumb is completely readable now.... by scanners at 2 different places even.

It wasn't without the use of a teeny bit of moisturiser though.

But whoa... growing old is not irreversible after all.

Maybe I'm now less dehydrated than I was before... or perhaps my internal environment much less acidic.

Whatever it is I think I should really stick to drinking the alkaline water from that gadget we had installed back in January... at ph 9.5

Who knows what else might unshrivel in due course.

And something else that sounds weirdly similar... kekekeh

My better half also has this problem of unrecognizable thumbprint. But this is more due to her skin illness than anything else. Quite a bother when travelling overseas, i.e. at the passport scan machine at KLIA. Try 4, 5 atau 6 kali baru boleh lepas.

I have the same problem. This was because dryness at my thumbs. All the lines have faded. Advantage comes when NRD issues you the blue cert to acknowledge that your thumb prints are not readable. Whichever bank you are dealing with will not bother with your thumb prints with this cert. As for passport, mine is without the scanned thumb. So at the gate, for me is a lot faster :)

I have the same prob, sis... hardly ever readable. Kept postponing my visit to JPN to get that endorsement letter but lucky my bank also accepts my drivers license. Lagi lambatlah nak pegi JPN nampak gayanya....

Pakmat... you're the last person to rack... ooops I mean wreck your brains thinking about it


Oldstock... Ph 9.5 is what I use for drinking, cooking everything that requires water as an ingredient, and soaking fruits and veg before cooking/juicing. Going alkaline is about the only thing different I've done in the last 4 months... maybe the fingerprint grooves are a bit more hydrated and prominent due to that... not really sure.

Tireless... the banks I go to always insist that i try to get my thumbs scanned first. Only after a failure will they accept my blue cert... more work for them lah to photostat and and file away I suppose. Yup... manual passport stamping is faster since the queue is always much shorter.

Aznin... I find JPN counter services are faster towards noon when most of the queues have already been cleared.

Hello Zendra, how you doin'? Ha ha, I like your mention "growing old"...I believe we are old only when our grandchildren is helping to feed us fish porridge, and our tongkat beside the chair.
You are still young and looking good too....

With regards to that 'thumb print'...I guess that happens, but not from age, often when we doing or washing dishes and wetting the fingers. Likewise if we fool around in the sea, lepas tu our fingers tend to be water soaked, thus fingerprints would be temporarily 'different'.
Anyway, you just stay young and simpan satu lagu dalam hati.
Best regards,
Lee.

Thank you for this excellent post. Very informative!
kiss918 apk is arguably the most prominent online casino in Malaysia, bringing you the hottest, top trending games on the internet, all in one destination. 918 Kiss has all sorts of entertainment content, ranging from fishing games and live table games to one of our main attractions that is slot games.
kiss918 online
Kiss918

I really appreciate your blog. Simply awesome!
Natural Joint Supplements Duplex® strives to be your trusted healthcare brand, a brand that will never settle for less than the best. We firmly believe your health matters. At Duplex®, we pledge to make your well being our priority. Our aim is to deliver effective, yet affordable healthcare simply because we believe good health makes living more meaningful. We are your trusted ally on the journey to attain a healthy mind, body and spirit.

What an amazing post! Keep up the good work!
joint supplement malaysia Duplex® strives to be your trusted healthcare brand, a brand that will never settle for less than the best. We firmly believe your health matters. At Duplex®, we pledge to make your well being our priority. Our aim is to deliver effective, yet affordable healthcare simply because we believe good health makes living more meaningful. We are your trusted ally on the journey to attain a healthy mind, body and spirit.
anti inflammatory natural medicine
supplements for painful knee
broccoli sprout malaysia
botanical powder mix & antioxidant rich foods


Your topics are always interesting and educational. I enjoyed it very much!
Microsoft Office Specialist RE2 Learning Solutions (Asia) Sdn Bhd was founded in 2016. The company is one of a leader in the field of professional IT training in Malaysia. Over the years, RE2 (Asia) has helped thousands of young learners, companies, government departments and agencies to improve and develop their IT skills.
Microsoft Office Specialist Certification

Awesome post. Very inspiring!
Established in 2002, RE2 International Computer School was one of the first schools in Malaysia with a well-developed ICT curriculum for Primary School and Secondary school students. Our curriculum was heavily based on the national curriculums of The United States of America and United Kingdom.
Computer Class In Ipoh
Computer Course In Ipoh

Terrific post! Love your work!
Rebrand Web Design Malaysia Web Design KL Rebrand specialise in website design, e-commerce solutions, digital marketing, branding strategy and much more. We strongly believe that having a high-quality website doesn't necessarily need to cost a huge sum of money. Hence, we are a group of professionals that came together with a goal in mind: to deliver excellent web designs that provide value to our customers that range from startups to enterprises and large organisations.
Web Design KL
Web Design Malaysia

Functional Medicine KL that brings together conventional medicine, nutritional medicine, and bio-identical hormone therapy to restore health and enhance youth. Our doctors are here to educate, inspire & empower you to make better decisions regarding your health.

Bone Meal started out with an incredible objective of ensuring environmental sustainability through innovative green engineering. Our journey began as a fertilizer manufacturing company, utilizing available wastes and converting them into value-added nutrition for plants.

GVS Malaysia
was founded with a goal to advance positively alongside the local community and in tandem with the group’s strategic expansion plan that would serve both foreign industries and locals alike.

JKQ22are the best online casino gambling portal comprised of dedicated and responsible group of people focused to deliver the best and most accurate information about the online casino industry in general with the best customer service. provides variety of attractive and easy to win promotion such as 100% Welcome Bonus, Daily Deposit Bonus, Live Casino Cash Rebate, Slot Rebate, Sports Cash Rebate and even Birthday Bonanza on your birthday! Besides, also provides their own JQK Poker LC Gaming bonus, 918Kiss & Mega888 Cash Rebate bonus as well. Almost every month or every big event such as Chinese New Year, Songkran, Christmas, we will also provide special promotions! This is part of the reason JQK22 review is one of the tops in Malaysia.

Nitrogen fertilizer started out with an incredible objective of ensuring environmental sustainability through innovative green engineering. Our journey began as a fertilizer manufacturing company, utilizing available wastes and converting them into value-added nutrition for plants.

Thanks for visiting. See you again soon.